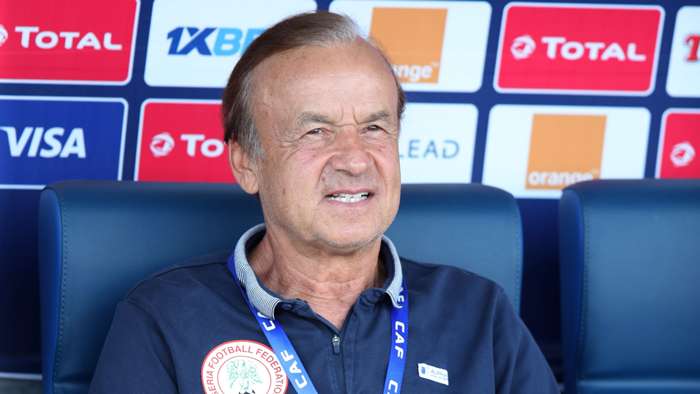 For all that no meeting on a football pitch of Cameroon and Nigeria can ever truly be regarded as ‘friendly’, Friday’s match between the rival neighbours has a very distinct lack of edge.

There are a number of factors to which this can be chalked up, of course.

The first, and most obvious, is that this is not a match that should be happening at all: Caf qualifying for next year’s World Cup, which was originally slated to begin in June, was abruptly moved back on account of Covid complications. This created a lacuna: an international window that needed filling in some form or fashion.

The solution – Cameroon on short notice, twice in five days – is one that barely suffices and definitely does not satisfy, especially when you consider there are a clutch of European teams preparing for the Euros who are in need of sparring partners.

Sure, this is a fixture to get excited about, one with a rich history. Without adequate build-up, however, some of the important context can be lost.

Then there is the question of personnel.

It is easy enough to motivate players for crucial qualifiers, even with the spectre of unpaid allowances and bonuses hanging over them.

To get them as invested in a hastily thrown-together friendly, against African opposition with whom familiarity has begun to breed contempt, at the end of a brutal, non-stop club season is a whole other proposition.

Having soldiered through what has been a slog of a campaign, no doubt nursing sundry aches, pains, tears and muscle abrasions, the last thing players want to do is shorten deserved holidays, schlep to Austria and play in an afterthought of a match or, in this case, two.

Super Eagles coach Gernot Rohr admitted as much, telling ESPN, “I think they made this friendly in Austria to give us a good condition for preparation, but I see that it is difficult to motivate the players to come to Europe because some of the players are in Nigeria already…and they have to come back to Europe to play.”

So, predictably, the withdrawals began to roll in.

At the time of writing, there were only 21 in camp, and that only because former U-23 international defender Anthony Izuchukwu, who plays in Slovakia, was drafted in on short notice to address an emergency in defence: of the nine defenders called up initially, six withdrew with injury.

Hardly the best preparation then, although the unavailability of the likes of Semi Ajayi, Zaidu Sanusi, Ola Aina (niggling injury), Victor Osimhen (niggling injury) and Samuel Chukwueze (surgery) will perhaps force Rohr to do what he has seemed reluctant to: experiment a little bit.

The initial list of call-ups was stacked with the usuals, but lacked any real intrigue and seemed to defeat the purpose of friendlies, which is to have a look at other solutions.

For their part, Cameroon appear to have none of the issues plaguing Nigeria, and can count on the services of a number of regulars, including Andre-Frank Zambo Anguissa, Eric Maxim Choupo-Moting, and Karl Toko Ekambi.

However, under coach Toni Conceicao, who was appointed in 2019, the Indomitable Lions have drawn four from eight matches (all ending goalless), underlining his inability (as of yet) to get their attack firing.

They seem healthy at the other end though: six clean sheets, only four goals conceded.

That obviously has a bearing on expectations for Friday: this is by no means a vintage Cameroon, and so it is unlikely there will be much by way of fireworks. Without first-choice striker Osimhen and speedy winger Chukwueze, there is little certainty as to what configuration Rohr will opt for.

Paul Onuachu has yet to truly impress as a starter for Nigeria, and it is unclear how he will dovetail with Kelechi Iheanacho, who will likely play just off him (if he is selected to start, of course).

Moses Simon seems the obvious pick on the right, but he has not featured in that position for Nigeria since the Africa Cup of Nations in 2019, and is hardly fresh having only just participated in the relegation play-offs in France.

All this uncertainty suggests there will be little by way of fluidity on Friday as the Super Eagles search for chemistry and solutions. It also, interestingly enough, means the second match, slated for Tuesday, holds more excitement in prospect – with the benefit of more training sessions, as well as 90 minutes of action under their belts, the attacking play should be a lot more cohesive on the second pass.