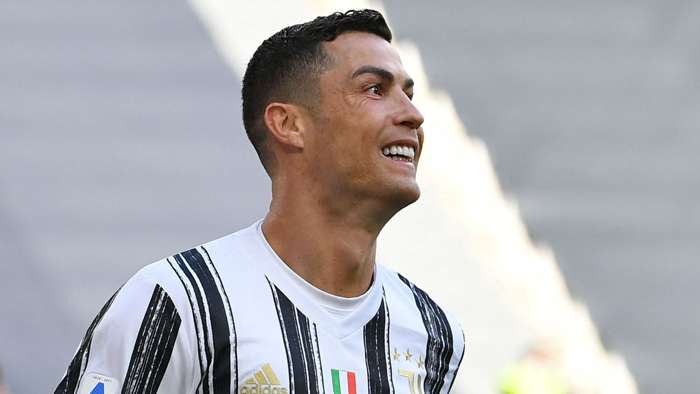 Cristiano Ronaldo has revealed what he considers to be the “most important trophy” of his career to date, while also discussing his favourite goal.

Ronaldo is one of the most decorated players of his generation, having won 32 trophies across spells at Manchester United, Real Madrid and Juventus, while also picking up five Ballon d’Or awards.

The 36-year-old has two international winners’ medals on his CV too, including the 2016 European Championships, which he has now insisted means more to him than all of his other achievements in the game.

Ronaldo scored three goals during Portugal’s run to glory at the Euros five years ago, but limped out of their final victory against France through injury, with Eder eventually grabbing the winner in extra time.

The Juventus forward took it upon himself to continue instructing his team-mates from the sidelines and was overcome with emotion after the final whistle after seeing his country’s long wait for major silverware come to an end.

Speaking as an Official Global Brand Ambassador for LiveScore, Ronaldo said: “The start of the UEFA European Football Championship 2016 was going well for me but then I was sad because I got injured [in the final vs France],”

“By the end of the match I was crying with happiness! I experienced three types of feelings and emotions in that game, but at the end of the day it was unbelievable what I felt!

“It is probably the most important trophy that I’ve won in my life.”

The forward added on the prospect of captaining Portugal to back-to-back European Championship successes this summer: “It was very emotional. To win it again would be incredible, and of course, we go to the tournament with that as our ambition.

“We have a good team but also we know there are a lot of very strong teams there.”

Ronaldo went on to pick a favourite from his 777 career goals, admitting he cannot look beyond his famous overhead kick against his current club in the 2017-18 Champions League quarter-finals.

Real Madrid won the first leg of the contest against Juve 3-0, with the Portuguese opening the scoring before doubling his account with a spectacular acrobatic effort which left Gianluigi Buffon rooted to the spot.

“As you know, I have scored 777 goals in my career,” said Ronaldo. “It is a bit unlucky but unfortunately, I have to mention that I scored my favourite ever goal against my current team, Juventus, and past my great friend Gianluigi Buffon!

“I would say that is my best and favourite goal that I’ve ever scored in my career.”’

Ronaldo enjoyed another prolific campaign for Juve last season, scoring 36 goals in 44 appearances across all competitions.

29 of those efforts were recorded in Serie A as he finished with the Golden Boot, and he was also able to add a first-ever Coppa Italia crown to his silverware collection, along with a second Suppercoppa Italiana.