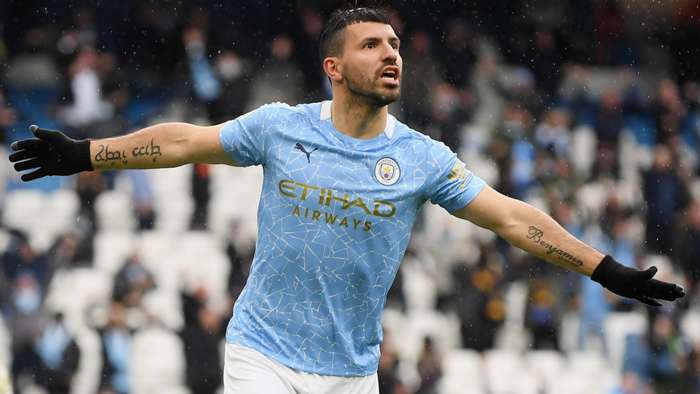 Reactions to Sergio Aguero’s move from Manchester City to Barcelona have been mixed.

After 10 years with the English side, the Argentina international has crossed carpet to Spain where he will play with the Blaugrana for the next two years.

The move, announced by Barcelona on Monday, comes only two days after he featured for City in their 1-0 loss to Chelsea in the Champions League final.

While some have hailed the 32-year-old’s signing as a coup for Ronald Koeman’s side, others have questioned his acquisition due to his age, as it is famously believed that Barcelona let go of club legend Luis Suarez because he was “old”, after he left Camp Nou at the age of 33 last summer.

With 260 goals in 390 matches across all competitions for City, becoming the club’s all-time top scorer in the process, Aguero left Manchester City with five Premier League titles, one FA Cup and six League Cups.

Below are the best reactions on social media to his move: