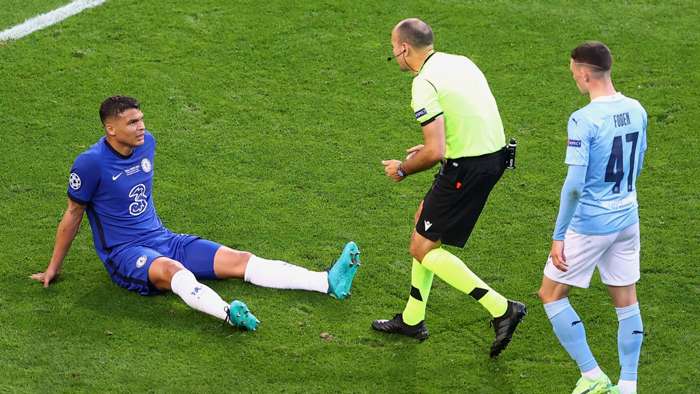 Chelsea were dealt a major blow just before half-time of the Champions League final when Thiago Silva limped off with an injury against Manchester City.

The veteran defender appeared to be injured when he jumped over Phil Foden to win a header, limping away from the aerial challenge.

Silva was unable to continue in the showpiece match, and had to be replaced by Andreas Christensen in the 39th minute.

How was Silva injured?

After winning the aerial challenge against Foden, Silva went down with what appeared to be a groin injury and received treatment on the pitch.

The 36-year-old momentarily returned to the pitch but within moments he was down again, unable to continue.

Christensen, who himself has not played since early May due to an injury, was brought on to replace his veteran team-mate.

Silva was naturally distraught to be withdrawn in a European final, and was seen with his head in his hands on the sideline.

How big of a blow is Silva’s loss?

The Brazilian has been a major part of Thomas Tuchel’s defence this term, making 34 appearances in all competitions.

Silva has suffered a few minor injury problems through 2020-21 but for the most part has been first choice when fit.

Tuchel, who worked with Silva at PSG for a season and a half, has trusted the centre-back in his side’s biggest games of the season, including on Saturday.

Despite Silva’s loss, Chelsea opened the scoring only minutes after he exited the game when Kai Havertz rounded Ederson and finished into an open goal.