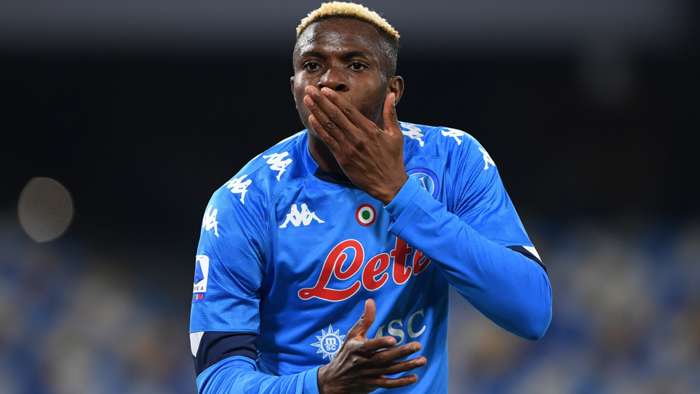 Does the Partenopei’s final day failure, which cost them a Champions League spot, diminish the Nigerian’s late-season upswing?

After every non-cross or delayed delivery into the box, Victor Osimhen’s frustration grew as Napoli’s Champions League qualification hopes drifted away.

The striker, probably aware of the Azzurri’s need for all three points, was visibly animated when moves broke down, a pass or cross was delayed, or an attack didn’t result in an effort on target.

The Naples outfit had their fate in their hands before the start of the final game: win vs Hellas Verona at home and return to the Champions League. It should have been straightforward…

However, they performed disappointingly and, as the night developed, hoped for an Atalanta victory over AC Milan in Bergamo, especially as Juventus had raced into a 4-0 halftime lead at Bologna.

Having accrued more points (33) than every team in Serie A not named Inter Milan or Atalanta (both 35 points) since that 4-2 defeat by La Dea on February 21, the Partenopei had little business letting things slip vs Verona on their turf.

Even more encouraging in that run of results were the performances which saw them blow away Lazio 5-2, school Spezia 4-1 and obliterate Udinese 5-1.

Their 2-0 win at Fiorentina on the penultimate gameweek of the season looked to tip the scales in their favour, especially as they faced Ivan Juric’s team that had picked up six points from 12 heading into the final day face off in Naples.

Verona may be an awkward side to play against, but Napoli’s rather lifeless performance for the entire game was rather stupefying. They froze. They forgot to play. They bottled it!

The former AC Milan icon’s eventual 56.8 win percentage in all competitions was higher than every Napoli boss to have coached 20 games or higher except Maurizio Sarri and he probably deserved to continue for another season.

Instead, Osimhen is going to start next season playing under his third manager in three campaigns.

Without CL football, it remains to be seen if the Partenopei attract the sort of names that’ll give them a chance of returning to the continent’s top competition.

Taking the Nigeria star in isolation, the last couple of months put some gloss on what was turning into a disaster of a year in Serie A. His bright start may not have yielded returns in front of goal, but the all-round menace and developing connection with his teammates at the beginning offered loads of encouragement.