Will Simy set a new personal record vs Fiorentina? 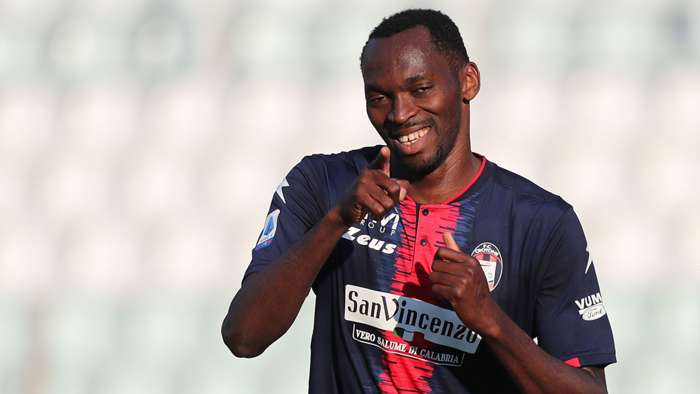 Having equalled last year’s Serie B tally in Benevento draw, the Crotone frontman could make a bit of individual history against the Viola on Saturday

Going into the final round of games in Serie A, the majority of teams are already in relaxed states with their fate largely decided, save for the battle for the Champions League spots which has gone down to the wire.

Critics often accuse teams who have nothing to play for of already ‘being on the beach’ in these circumstances, but the same probably can’t be said for Crotone who have picked up four points from their last six, regardless of relegation from Italy’s top division.

Simy probably epitomises his team’s desire to bow out on a high after his late, late equaliser against Benevento in the penultimate gameweek of the season.

The Nigerian’s leveller for the 10-man visitors saw the game end 1-1 and that stalemate was to have damaging ramifications for the hosts, whose exit from the big time was confirmed after Torino eked out a goalless draw at Lazio on Tuesday, rendering the final day encounter between Benevento and the Turin outfit pointless.

After going three games without finding the back of the net, it looked like the West African was just going to miss out on equalling last year’s 20-goal tally in Serie B, but his poacher’s effort to tuck away Pedro Pereira’s low cut-back saw him match his personal best return in club football.

The late leveller means Simy’s now joined the illustrious set of players to have hit 20 goals this term and he could go one better by surpassing his best-ever return from 2019/20.

Observers may try to water down his return, owing to the volume of penalties (eight), ignoring that all but Muriel (two) have scored a high number of spot-kicks as well — Ronaldo, Lukaku and Vlahovic have converted six penalties each while Immobile has dispatched four from 12 yards.

Simy’s goals account for 44.4 percent of Crotone’s total of 45, which outdoes the Juventus star’s 39.7 percent, the Belgian’s 27 percent, Muriel’s 22 percent and Immobile’s 32.8 percent for the Old Lady, Inter Milan, Atalanta and Lazio respectively.

remarked after last week’s equaliser vs Benevento. “I think now the time has come to give even more.”

Cosmi, though, values the striker and the Crotone boss praised his team’s resilience against Benevento having had Vladimir Golemic sent off after 24 minutes.

“A goal down, a man down for over an hour, nobody would’ve been surprised if we had given up, but we didn’t,” the pleased 63-year-old stated post-match. “We stayed in the game, we kept going and the substitutes did a great job in setting up the equaliser that had seemed impossible.”