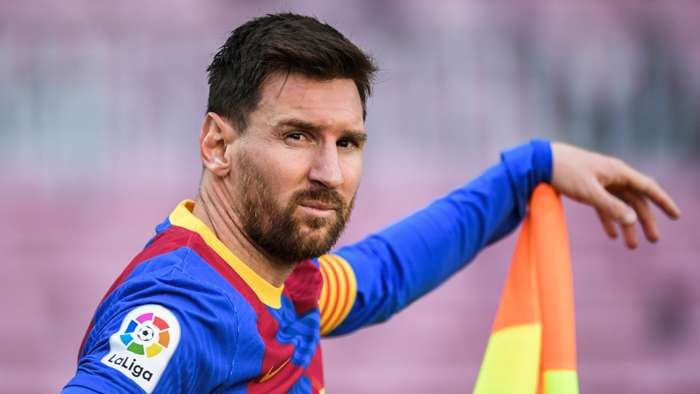 Lionel Messi may have played his last game for Barcelona after it was confirmed he will miss Sunday’s clash with Eibar.

The Camp Nou side will finish their campaign with a trip to Eibar but have little to play for after being ruled out of the title race with a 2-1 loss to Celta Vigo last week.

But they will line up without their talisman as Messi has been given permission by Ronald Koeman to sit out the weekend’s game.

“The Argentine Leo Messi has not trained on Friday with the coach’s permission and he will not be in the squad for the game against Eibar on Saturday,” the club confirmed on Friday.

“The striker can enjoy a rest before next month’s Copa America after a season in which he is one of the players in the squad who has played most.”

The Argentina international’s contract at the Catalan club expires at the end of the season.

Although he announced last year that he wanted to leave on a free transfer, Barca remain hopeful of convincing him to stay and team-mate Jordi Alba has urged him to stay at the club.

Manchester City have been touted as one of the leading candidates to sign him due to their financial strength and the presence of former Barcelona coach Pep Guardiola.

But Paris Saint-Germain are also said to be in the race as they hope to reunite him with his old team-mate Neymar.

How has Messi performed this season?

Messi has played 47 times in all competitions for Barcelona this season, scoring 38 goals and registering 11 assists.

While Barca can only finish third in La Liga and crashed out of the Champions League at the last-16 stage, they finish the season with one piece of silverware having lifted the Copa del Rey in April.