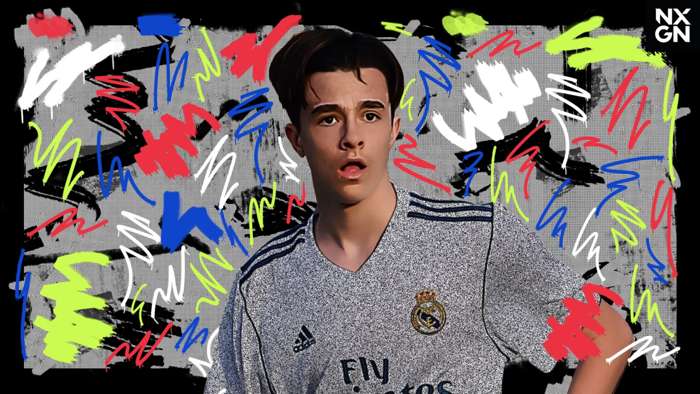 In a campaign where Real Madrid have had to deal with an almost unprecedented number of injuries, Zinedine Zidane has been forced to turn to the club’s academy graduates to fill gaps in his squad.

Fortunately for the Blancos boss, there are plenty of talented youngsters emerging from La Fabrica, with last season’s Under-19s having won the UEFA Youth League for the first time in 2020.

One of the brightest diamonds, though, is still a year or two away from breaking into the first team, with plenty within the corridors of power at Valdebebas invested in the future of Bruno Iglesias.

The midfielder, who turned 18 at the start of May, has already been named on the bench for Madrid’s Castilla side in the third tier of Spanish football after consistently impressing in his six years in the Spanish capital.

Having been invited to train with the first-team squad in December 2019, Iglesias is already at a level where he was able to skip the Under-17s side this term, instead putting all his concentration into performing for the U19s.

It is a strategy that is certainly paying off, with the Spain youth international having been a star performer for the Juvenil A side – scoring seven goals and laying on five assists in 20 appearances – and whose displays have seen talks over a contract extension past the 2023 expiration date on his current deal begin.

Madrid, therefore, certainly look to be getting a return on the efforts they made to get Iglesias to the club back in 2015.

At the time, Barcelona, Atletico Madrid, Manchester City and Villarreal were already showing an interest in the Salamanca-born youngster when Roberto Martinez, a former Real Madrid academy recruiter and coach, was sent to Mallorca to watch Iglesias in action for Castilla y Leon.

“I saw him at a regional U12s tournament that was put on by Futbol 8,” Martinez, who is now the football director as the Madrid Football Federation and oversaw the signings of recent first-team debutants Sergio Arribas and Antonio Blanco, tells Goal.

“I always went to that championship, but for that edition in Palma, I was told of how he had played in the Danone Nations Cup a few weeks before. I flew to Mallorca with a special interest in him and (fellow Madrid academy star) Isra Salazar, whose signing we had already agreed upon.

“Despite playing for Castilla y Leon, he stood out. His technical quality was what caught my attention.

“I contacted his club Santa Marta, with whom we had a relationship, to invite them to a friendly in Valdebebas. Then I told them that I wanted to speak with Bruno’s family.

“The parents were somewhat reluctant at first because the boy had to move, but they let Bruno – who was amazed by the facilities – listen and decide. After a few days, they accepted.”

Iglesias moved into the boarding accommodation at the Madrid training ground, and began taking his game to the next level at one of Europe’s most famous academies.

Martinez continues: “The adaptation of Bruno, which began in the Infantil teams, was a very hard process. The beginning required efforts to settle him in, but his football was already generating admiration from team-mates and coaches.

“That has continued throughout his time in Madrid. In this time, he has become a footballer with more attributes that he can use anywhere on the field.

“Now he does things that Zidane or Kaka used to.”

Though Iglesias ranks Kylian Mbappe as his football idol, the Kaka comparison is nothing new for the tall, two-footed midfielder who is supremely comfortable carrying the ball forward, can pick a pass or cross with inch-perfect accuracy and who possesses excellent shooting ability.

“Of those who are coming through, he is the one I see who has the most chance of making it to the first team,” highly-respected former Madrid player and academy coach Alvaro Benito told Cadena SER in February.

And while Man City and Arsenal have reportedly shown an interest in signing him, it is not just on the pitch where Iglesias has impressed onlookers.

A charismatic teenager who is very close to his family (the owners of the meat company, Carnicas Iglesias), the midfielder made what was a surprising announcement in April 2020 when he confirmed that he would be joining the Common Goal initiative.

Iglesias ranks as the youngest member of the group set up by Juan Mata, with one per cent of his wages now being donated to charitable organisations around the world.

If such a selfless act helps him stand out away from football, it is at Santiago Bernabeu where he will truly be judged over the coming years.

“He has so much potential and quality. With patience, perseverance, work and a great environment, the ceiling for him is so high.”

That is a sentiment shared throughout Real Madrid. A potential homegrown superstar is closing in on his emergence.