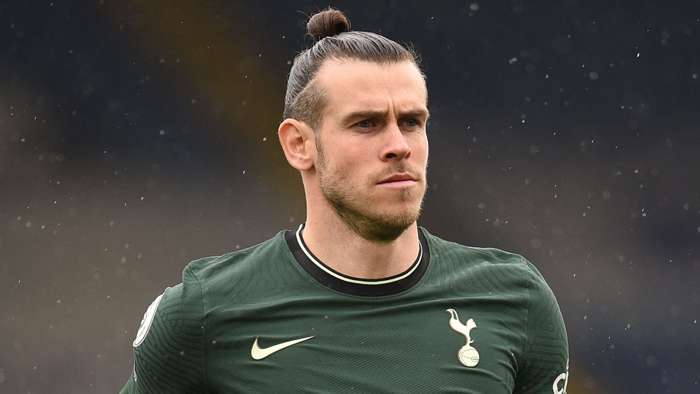 Gareth Bale’s agent Jonathan Barnett says he doubts that the Tottenham winger still has a future at Real Madrid, but has joked “if they want to put him on the bench then that’s fine”, alluding to his salary.

Bale re-joined Spurs on a season-long loan from Madrid last summer, having initially left north London to take up a new challenge at Santiago Bernabeu in 2013.

The 31-year-old has struggled for consistency during a turbulent campaign for Tottenham but has shown glimpses of his best form, and it has been reported that they could look to extend his stay.

Barnett says a final decision regarding Bale’s next move has yet to be made, but has confirmed that he will sit down for talks with Spurs and Madrid officials when the time is right.

“He’s still one of the best players in the world, but he’s only got four games left so we will have to see,” the super-agent told SNTV.

“It’s a three-party discussion; it’s us, Real Madrid and Tottenham. We have our views and we will let them know at the right time.”

Pressed on whether the Welshman, who still has a year left on his deal at Madrid, could return to the Bernabeu for the 2021-22 season, Barnett added: “I very much doubt that, but if they want to put him on the bench then that’s fine.

“They want to put me on the bench with that salary? That’s fine for me as well.”

Bale had to make do with a bit-part role under Jose Mourinho for much of the season as he was restricted to 28 appearances in all competitions and just six starts in the Premier League.

The Wales international still managed to score 10 goals before the Portuguese manager was sacked in April.

Ryan Mason drafted Bale back into the starting XI after taking over as interim boss, and the experienced attacker has repaid his faith by scoring four goals in three games – most notably grabbing a hat-trick in a 4-0 win over Sheffield United.

Despite the fact Bale’s homecoming at Spurs hasn’t gone as smoothly as he might have hoped, the Madrid loanee has proven that he can still deliver the goods in the Premier League when fully fit.

Zinedine Zidane seemingly no longer has any use for the mercurial star at the Bernabeu, and it has been reported that the Blancos will seek to cash in on him before he becomes a free agent.

Whether or not Tottenham will have the funds available to sign Bale on a permanent deal this summer remains to be seen, but Mason has said that negotiations between all parties involved will begin at the end of the season.