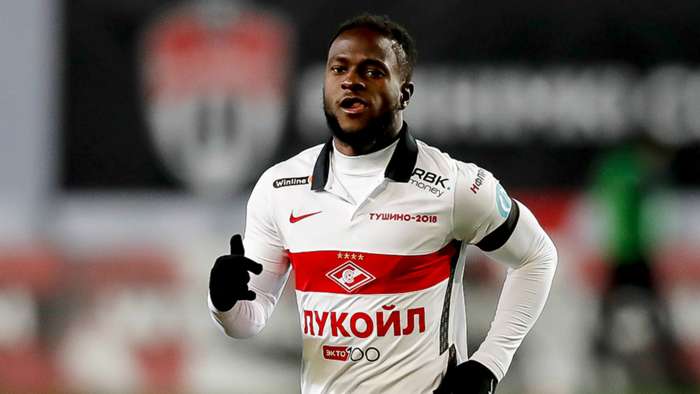 Yves Bissouma has asked to be allowed to leave Brighton and Hove Albion at the end of the season, according to the Times.

Thanks to his commanding displays in the middle of the park, the Mali star is attracting interest from several Premier League clubs including leaders Manchester City, Arsenal and Liverpool.

The 24-year-old moved to the Amex Stadium from Lille in 2018 and his current contract is expected to run out in June 2023.

Goal understands that the Red-Whites will pay Chelsea £4 million if they return to the elite European competition.

With a game in hand, Spartak Moscow are level on 53 points with second-placed Lokomotiv Moscow and victory over Khimki on Monday could boost their chances of grabbing the final Champions League spot before the final game of the season on Sunday.

Moses – who has been at Chelsea since 2012 – has contributed three goals and two assists so far in 17 Russian Premier League games.

Eredivisie side Ajax have joined Manchester United in the race to sign talented Ghanaian winger Kamaldeen Sulemana from Nordsjaelland.

Daily Mail reports that Ajax’s director of football, Marc Overmars will be at the Right to Dream Park to watch the 19-year-old in Monday’s Danish Superliga game between the Tigers and FC Copenhagen.

Ajax reportedly had a £10million bid rejected for Sulemana in January and they are ready to battle for his signing again following his return of five goals in his last five outings in Denmark.

Fulham midfielder Andre-Frank Zambo Anguissa has emerged as a transfer target for Everton.

According to the Mirror, Carlo Ancelotti’s side are plotting a move for the Cameroon international if the Cottagers drop to the Championship at the end of the season.

Zambo Anguissa has been a key fixture in Fulham’s midfield this season with three assists under his belt, and he has two years left on his current deal.

Al Hilal currently sit at the top of the Saudi Pro League table with 51 points after 26 matches and they are on course to defend the title they claimed last season.