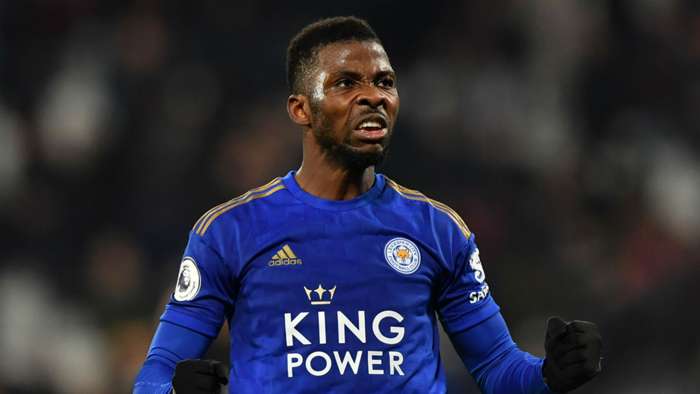 Leicester City forward Kelechi Iheanacho has been nominated for the Premier League League Player and Goal of the Month awards for April.

The 24-year-old continued with his blistering performances for the King Power Stadium outfit in the month under review.

Iheanacho has now been shortlisted for the best player in the English top-flight for the second consecutive time after winning March’s award, the first such achievement in his career.

The Nigeria international scored four league goals in April, bagging a brace against West Ham United, and followed it up with strikes against West Bromwich Albion and Crystal Palace.

The fine displays in front of goal helped Brendan Rodgers’ men hold on to their third spot on the Premier League table.

Iheanacho is now in line to reap a reward for his impressive performances and will slug it out against Liverpool’s Trent Alexander-Arnold and Leeds United’s Stuart Dallas for a chance to nick the individual accolade.

Iheanacho’s wonder strike against Crystal Palace, where he fired a terrific shot past goalkeeper Vicente Guaita, is also in the running for the best goal award.

The centre-forward will, however, compete against Arsenal’s Alexandre Lacazette, Saint-Maximin, Alexander-Arnold, Lingard, and Pablo Fornals, and West Bromwich Albion’s Callum Robinson for the prize.

Iheanacho has now bagged 17 goals this season, including 10 in the Premier League, and provided seven assists in 34 appearances across all competitions this season.

He will hope to continue his eye-catching displays when Leicester City take on Newcastle United in their next league game on Friday night.

The forward has been with the Foxes since the summer of 2017 and he has now gradually established himself at the club after struggling to convince in the past.

Iheanacho remains a key member of the Nigeria national team and recently helped the Super Eagles qualify for the 2022 Africa Cup of Nations in Cameroon.