LATEST POST
Home Article ‘Ziyech is a copy-cat of Mahrez’ – Tuchel is playing Chelsea star out of position, says Leboeuf

‘Ziyech is a copy-cat of Mahrez’ – Tuchel is playing Chelsea star out of position, says Leboeuf 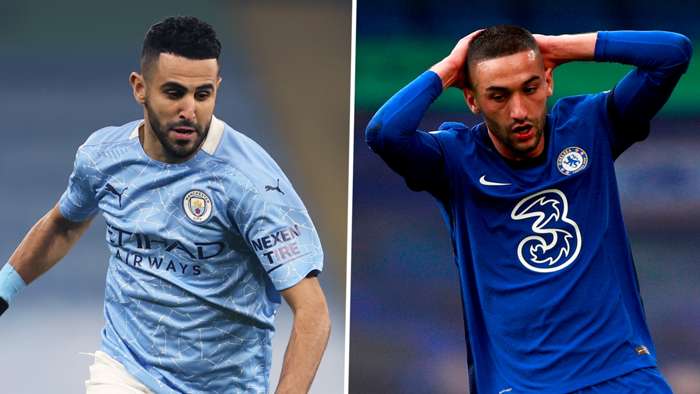 Thomas Tuchel is playing Hakim Ziyech out of position, according to Frank Leboeuf, who says the Chelsea star is a “copy-cat” of Manchester City’s Riyad Mahrez.

Ziyech was handed only his 14th Premier League start for Chelsea as they picked up a 2-0 west London derby victory over Fulham at Stamford Bridge on Saturday.

The Blues were good value for their victory, but Ziyech was largely ineffective in a No.10 role and made way for N’Golo Kante just after the hour mark, leaving Leboeuf concerned that his talents are not being properly utilised.

The former Chelsea star doesn’t understand why Tuchel is deploying Ziyech through the middle, with it his belief that the Moroccan should be hugging the right touchline in the same way Mahrez does at Man City.

“I’m concerned about Hakim Ziyech,” Leboeuf told ESPN. “If he plays, why doesn’t he [Tuchel] put him on the right?

“I saw him today very frustrated when he came off after playing like a number 10. I don’t think that’s his real position.

“Tuchel really has to think that Ziyech has to play on the right side. It’s like [Riyad] Mahrez, he’s a copy-cat of Mahrez.

“I don’t see [Pep] Guardiola putting Mahrez in another position than on the right side.”

Chelsea forked out an initial fee of £33 million ($46m) to bring Ziyech to the Bridge from Ajax last summer, but he has so far struggled to live up to that hefty price tag.

The 28-year-old has only contributed five goals and four assists to the Blues cause across 34 outings, and has yet to nail down a regular spot in Tuchel’s starting XI.

Ziyech was handed a five-year contract upon his arrival at Chelsea, who are likely to be patient with the winger as he continues to adjust to life in England.

However, Tuchel is well known for rotating his line-up on a weekly basis, meaning the former Ajax talisman may have to get used to playing in an unnatural position.

Ziyech is already battling with Callum Hudson-Odoi for a starting berth on the right and competition for places will likely increase in the summer as Tuchel prepares for his first transfer window as Chelsea manager.