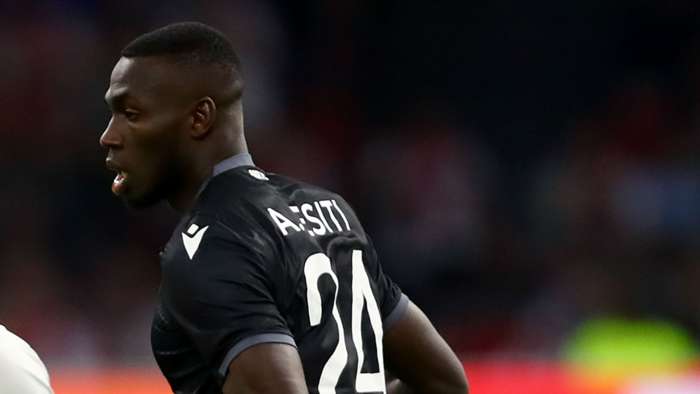 Anderson Esiti found the back of the net as Goztepe secured a 3-2 victory over Antalyaspor in Sunday’s Turkish Super Lig game.

The midfielder teamed up with Unal Karaman’s side in January, on loan from Greek Super League club PAOK, and has been delivering fine performances.

The 26-year-old was handed his fifth league start of the season and utilized the opportunity to open his account in the encounter.

Goztepe started the game unimpressively, allowing Antalyaspor to open the scoring through Fredy, from the penalty spot, as early as the fifth minute of the match.

Esiti then levelled proceedings for the Gursel Aksel Stadium outfit after receiving a fine assist from Halil Akbunar.

Adis Jahovic handed Goztepe the lead for the first time in the encounter, benefitting from another Akbunar’s assist.

Antalyaspor then made an effort to try and avoid defeat, scoring in the 67th minute when former Bayern Munich and Arsenal star Lukas Podolski hit the back of the net.

Six minutes before the end of the encounter, Atinc Nukan scored the match-winning goal after receiving a timely assist from Berkan Emir.

Esiti featured for the duration of the game while his teammate and Mali international Fousseni Diabate played for 46 minutes before he was replaced by Nigeria’s Brown Ideye.

Senegal international Lamine Gassama made a cameo appearance after replacing Halil Akbunar in the 89th minute.

With the victory, Goztepe moved to the ninth spot on the league table after accruing 51 points from 37 games.

Esiti has now made 15 appearances for the Gursel Aksel Stadium outfit and will hope to help them continue in winning ways when they face Genclerbirligi in their next league game on May 11.

The midfielder has 10 caps for the Super Eagles and will be expected to make a more meaningful impact for the Goz Goz to boost his chances of getting a recall to the national team.