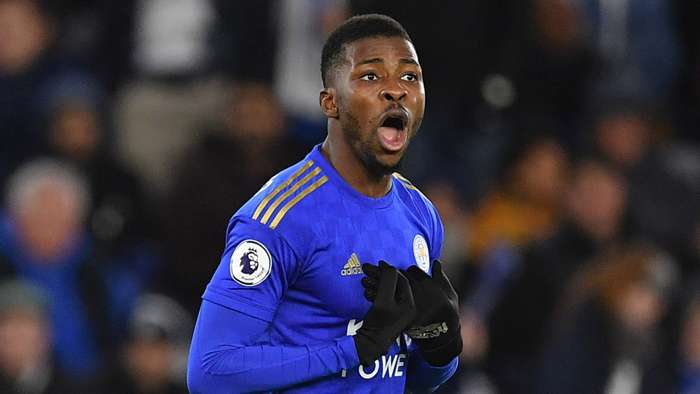 Southampton manager Ralph Hasenhuttl has warned his side of the danger Kelechi Iheanacho poses when they square off against Leicester City in Friday’s Premier League game.

The centre-forward is arguably enjoying his best season at King Power Stadium, having previously struggled to establish himself.

He has been in terrific form for the Foxes in the current campaign, scoring 17 goals and providing six assists in 33 appearances across all competitions.

Ahead of their encounter with Brendan Rodgers’ men, Hasenhuttl has praised the Nigeria international and urged the Saints to be wary of the danger the attacker could pose to his side.

“He [Iheanacho] did a good job in the last game, he has one chance and this chance was a goal so the rest of the game I didn’t see him to be honest,” Hasenhuttl said in a pre-match press conference.

“You must be always careful, don’t give him the chance in and around the box, he has a very good finish, self-confident at the moment.

“Premier League teams have strikers that are strong and they can hurt you.”

The 24-year-old was recently praised by former Rangers striker Ally McCoist for always making the most of the opportunities that come his way after Timo Werner missed a glorious chance in Chelsea’s 1-1 draw against Real Madrid in Tuesday’s Champions League game.

“If you’re in the Real Madrid dressing room, it’s a great save. You’re patting your goalkeeper on the back, saying ‘What a save, kept us in it,’ because it is a good save,” McCoist said .

“But from a Chelsea point of view, when the ball gets headed back to him by Mount, I can see him thinking about it.

“It might sound a crazy thing to say, I can see a slight split-second hesitancy in Werner and that’s me watching him thinking about it.”

Iheanacho will hope to increase his tally against Southampton and help his side continue to be in contention for the Champions League next season.