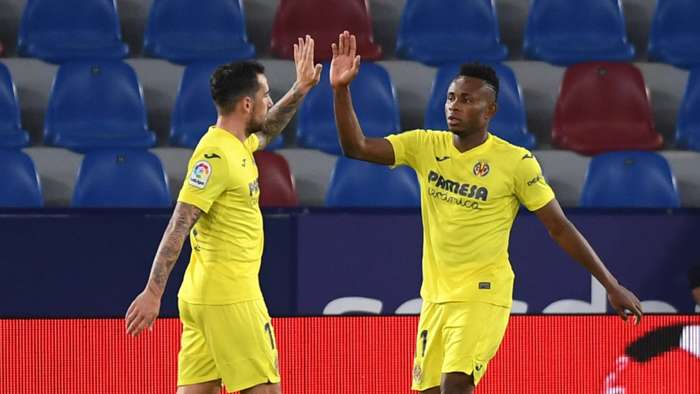 Football enthusiasts are in awe of Samuel Chukwueze’s quality after his fine start to Thursday’s Uefa Europa League semi-final clash between Villarreal and Arsenal.

Chukwueze dazzled in Villarreal’s attack in the opening 45 minutes and he helped the Spanish club cruise to a two-goal lead before the break.

After scoring Villarreal’s only goal in their 2-1 defeat to Barcelona on Sunday, the Super Eagles star provided the assist as Manu Trigueros opened the scoring for the hosts in the fifth minute on Thursday.

Amazed by Chukwueze’s blistering run and contributions in the game, fans across social media suggested that the Nigerian forward could be the kind of player the Gunners think they have in Pepe and Bukayo Saka.