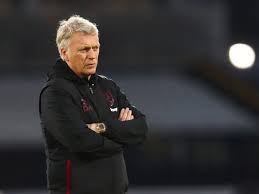 West Ham boss David Moyes has defended the club’s medics after a decision to allow Issa Diop to play on following a clash of heads with Anthony Martial.

The defender was assessed on the pitch following a collision with Martial during Tuesday evening’s FA Cup fifth-round defeat at Manchester United and continued until half-time, when he eventually made way to become the first player in English football to be replaced by a concussion substitute.

However, asked about the matter at his pre-match press conference on Friday afternoon, Moyes said: “I am not the medical man, but what I would say is our medical team chose to make a decision and take him off at half-time.

“It’s maybe because it’s a little bit in fashion that everybody is bringing it to attention but, from what I have seen, the medical team have handled it very well.”

Moyes backed football’s efforts to protect players from head injuries and insisted the authorities are “trying to do the right thing”.

“Maybe Headway have other reasons and will know their reasons why they think it should be different, but at the moment I think the Premier League and the medical teams are trying to carry it out the best way they can.”

Diop will be fit to face Sheffield United in the Premier League on Monday evening, but Angelo Ogbonna will not after having the ankle he damaged at Old Trafford placed in a protective boot with no timescale as yet for his recovery.

Moyes said: “It’s a big blow for us because he’s done really well. He’s been magnificent in the games he’s played and his leadership has been really important to us as well.”

Striker Michail Antonio could return after sitting out in midweek with fatigue, but Andriy Yarmolenko and Fabian Balbuena are out.