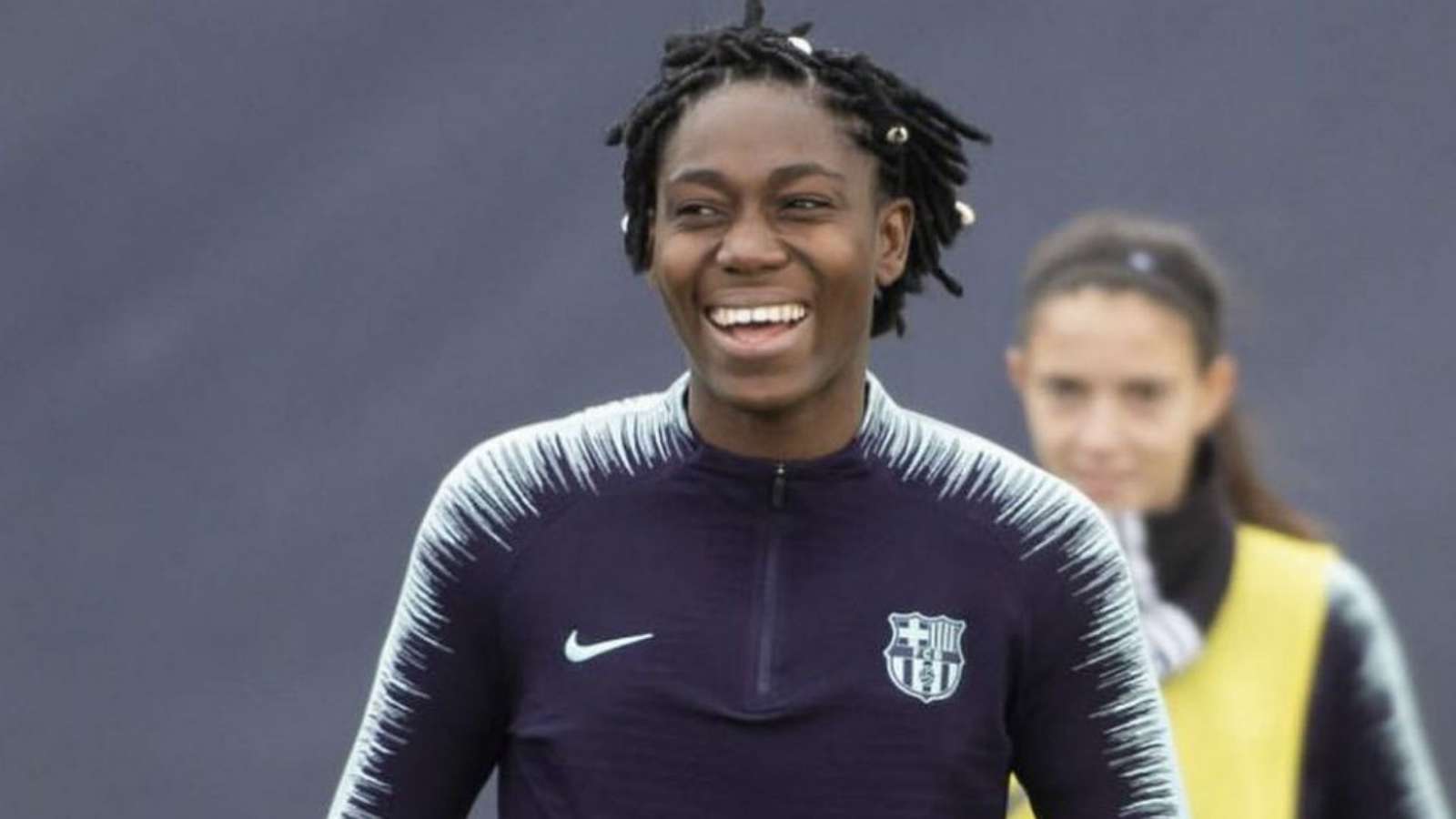 The Nigeria international, who signed a permanent deal before heading to the Women’s World Cup in June, reunited with her teammates in Spain on Wednesday.

On Sunday, the 25-year-old came on as a substitute and scored a hat-trick in the one-sided warm-up encounter.

Mariona, who started the game, netted a hat-trick as Hamraoui and Vicky Losada got a brace each, while Marta Torrejón, Jenni Hermoso, Graham and Bonmati Aitana all scored once.

On August 14, Oshoala will make a return to North London as her former club Arsenal take on Barcelona in a pre-season club-friendly.

Cortes’ side will be opening their new topflight side CD Tacon recently bought by Real Madrid on September 7.

The FC Robo product, who scored eight goals in 11 matches last season, will be hoping to excel this term in Spain.